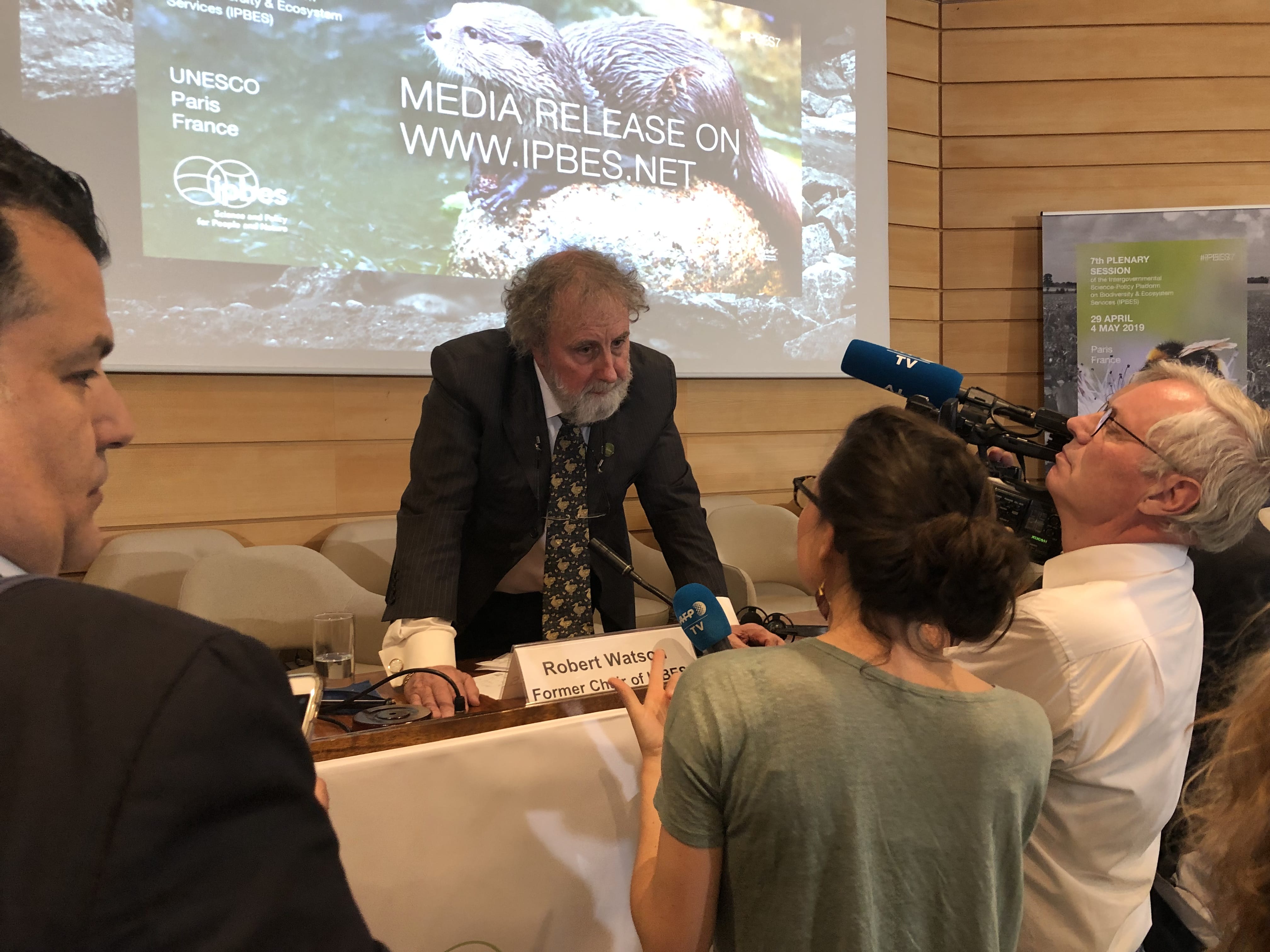 This article was originally published on UN SEEA.

“…What is the case for mainstreaming biodiversity considerations into government decisions, so that nature isn’t simply understood as only the concern of environmental and natural resource ministries?

Biodiversity, just like climate change, is a development issue. They both affect food security, water security and human health. They are both economic issues. Biodiversity is incredibly valuable, and we need to take that value into accounting systems and into decision-making. It is also a security issue—when you lose biodiversity or you change the climate, it displaces people in different parts of the world. Finally, it’s a moral value—why should we actually destroy nature? So, biodiversity is far more than simply an environmental issue!

Looking ahead to the biodiversity COP next year in China, what are you hoping to see?

One of the key conclusions of the IPBES report is that we’re failing to meet most of the current 20 Aichi targets. I believe that targets without actions will not be meaningful. We need to come out of China, not just with potential new targets, but with a set of actions on how we can implement sustainable consumption and production while safeguarding ecosystems.

What are some things that can be done with respect to how to manage the economy?

We need to evolve the economic system and make sure that natural capital complements GDP and is brought into decision-making. We need to eliminate perverse subsidies on agriculture, transportation, and energy, and we need to embrace the circular economy. We need to stimulate incentives for conservation and the sustainable use of biodiversity. There are many things that are quite actionable today.

Biodiversity loss, like climate change, is a massive long-run challenge. What kind of analysis do we need in order to deal with an issue whose ramifications stretch far into the future?

Future assessments of biodiversity loss or climate change need to focus on response options. We all know what the problem is. We know that we humans are destroying nature. We know we are causing climate change. What we must focus on is, what are the plausible changes in the future – between now and 2050, and now and 2100? And then we have to ask, what are the response options? How do we capture those sustainable futures? How do we avoid those unsustainable futures? Our focus needs to be on what actions are plausible to avoid damage and what we need to do to create a much more socially, economically and environmentally sustainable future.

You mentioned above that biodiversity loss is a multidimensional issue, with lots of different elements to it. How did IPBES manage these different perspectives?

There’s no doubt that we need to inform decision-makers in government and in our private sector about the economic value of ecosystems. But we also have to think about all the other values – the social and cultural values that are so important. In the IPBES, we have diverse worldviews. One is a more Western view of nature and its relationship to human well-being, but there’s also the perspective of indigenous peoples and local communities. They more embrace a holistic view where they are truly one with the Earth and they have the concept of Mother Earth. You can look at biodiversity in a more reductionist way, as a whole series of services, or a much more holistic way, like indigenous peoples, where you can’t separate out the environmental or social economic perspectives. As soon as you bring these two diverse worldviews together, which is what IPBES has done, you begin to understand the implications of both values and how you look at nature…”

Read on at: UN SEEA.

Mark Gough: Address Nature in the Accounts or There Will Be No Planet