The Launch of the Natural Capital Protocol 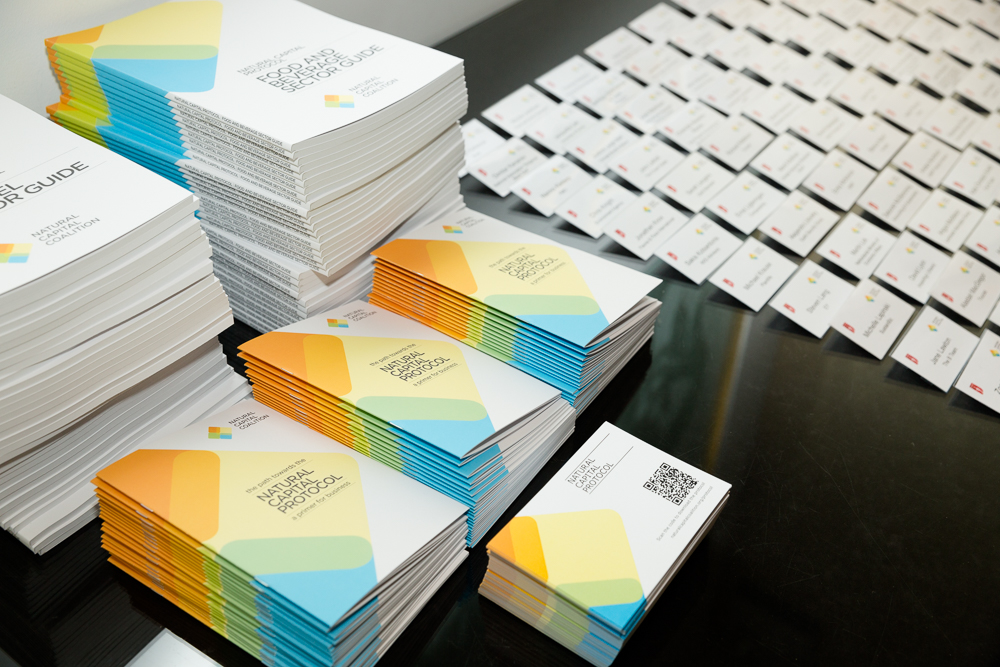 On July 13th 2016 the Natural Capital Protocol was launched at Chartered Accountants Hall in London. 240 delegates, representing over 170 organizations came together to celebrate this significant milestone. The launch of the Protocol was the culmination of a unique collaborative process to develop the world’s first standardized framework designed to incorporate natural capital into business decision making.

The levels of support were astonishing, with #NatCapProtocol trending on Twitter for most of the day, and many thousands of people voicing their support for the Protocol online. The atmosphere in the hall was one of enthusiasm and excitement. The day was captured in photos and you can view our highlights video here.

The launch of the Protocol has been endorsed by senior representatives from business, finance, accountancy, conservation and more. See why natural capital matters to some of them here. Hundreds of others have signed our official endorsement statement, and we encourage you to add your names if you haven’t already. 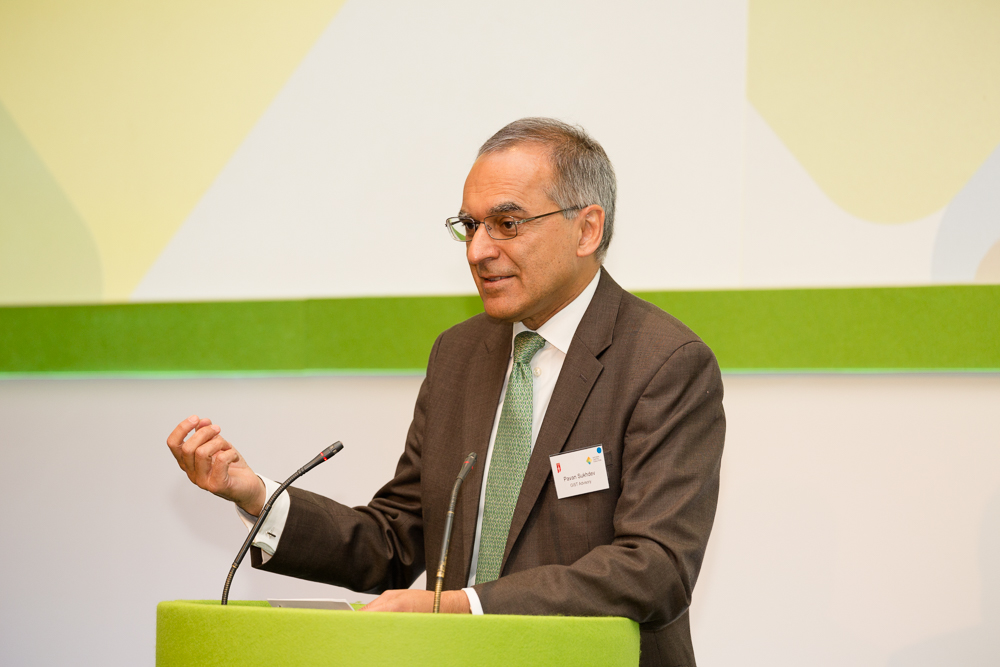 Following the first break, Richard Spencer of ICAEW, chaired a lively interactive panel session that brought together representatives from our seven identified stakeholder groups. The role that natural capital plays within these seven ‘worlds’ of conservation, science & academia, business, membership organizations, standard setting, finance and policy was explored, as well as the roles that these different groups can play in addressing issues and mainstreaming natural capital approaches.

Richard explained that one of the secrets behind the Coalition’s success was that people had come together around a “common cause”, that is relevant to all stakeholders. 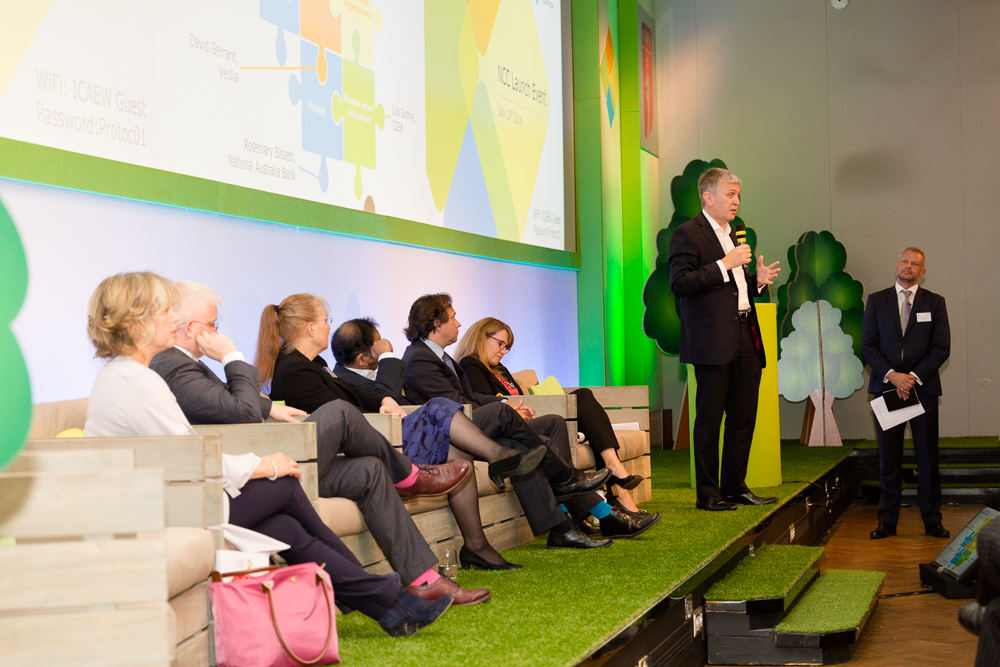 Several of the project leads took to the stage to explore the development process of the Protocol and sector guides and share the journey that took them from very diverse, and in some cases competitive starting points, to an open, two year collaboration. 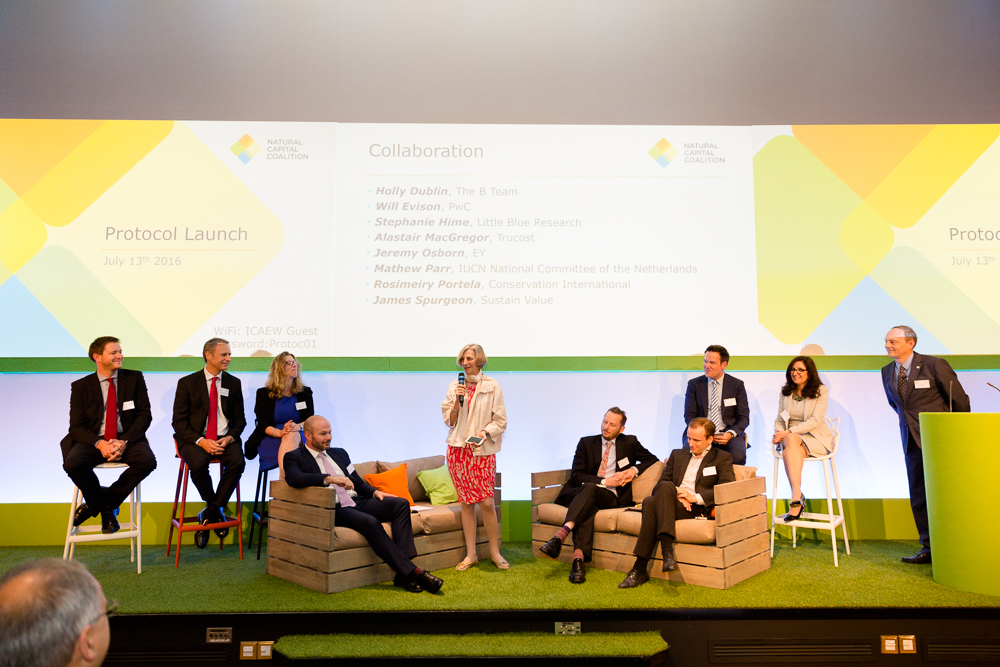 To share the experiences of companies that piloted the draft Protocol, Gemma Cranston, University of Cambridge Institute for Sustainability Leadership (CISL), chaired a session involving representatives Michael Beutler of Kering, Chris Brown of Olam, Adreza Souza of Natura, and Alka Uphadyay of Tata.

The level of business engagement far surpassed initial expectations, with over 50 organizations taking part in the piloting program, and hundreds more now moving to adopt the Protocol.

The panel of four, who between them represented four major industries with operations across the globe, discussed what they had learnt from piloting the Protocol, including outlining the decisions they were trying to influence, the natural capital impacts and dependencies identified, the data captured, results generated, and actions taken.

Chris Brown from Olam described how the Protocol had been “adding value from day one”, and explained how a natural capital analysis allowed Olam to move far beyond speaking about natural resources, to covering gaps in knowledge, practice and technology. While applying the Protocol to identify, measure and value impacts and dependencies on their Indian sugar operations, Olam significantly reduced the need for artificial fertilisers, streamlined irrigation and harvest techniques and developed training programs for smallholder farmers, generating benefits for the farmers and the local environment, as well as for Olam’s bottom line. 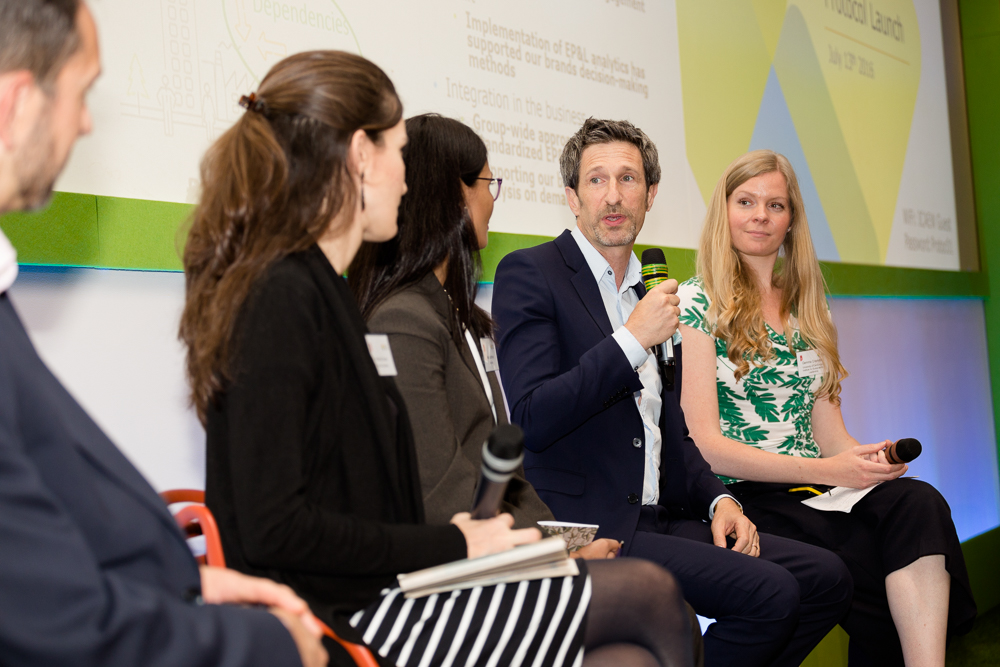 The number of speakers heard from throughout the day highlighted the collaborative nature of this project and how further collaboration will be essential to create the enabling environment needed to get the use of the Protocol to scale.

Although the day was a celebration of what has been achieved, there was a strong focus on next steps, and a clear sense that this was not the end, but rather the beginning of the Protocol’s journey. There was much talk around scaling the application of the Protocol and encouraging wide-spread adoption in the business community. In its first few weeks, the Protocol has been downloaded over 2,000 times. To support this widespread adoption, the Coalition has launched a Protocol Application Program. This program has been set up to support businesses as they apply the Protocol and sector guides. The Program will be run by CISL on behalf of the Coalition and they will help to assess the impact of change generated by business using the Protocol.

If you have not done so already, we encourage you to download and start using the Natural Capital Protocol. In addition, the Primer is a short introduction that sets out why we should all be applying the Protocol, what natural capital is and the landscape into which the Protocol and sector guides fit.