The Rise of Generation C & Implications for the World of 2020 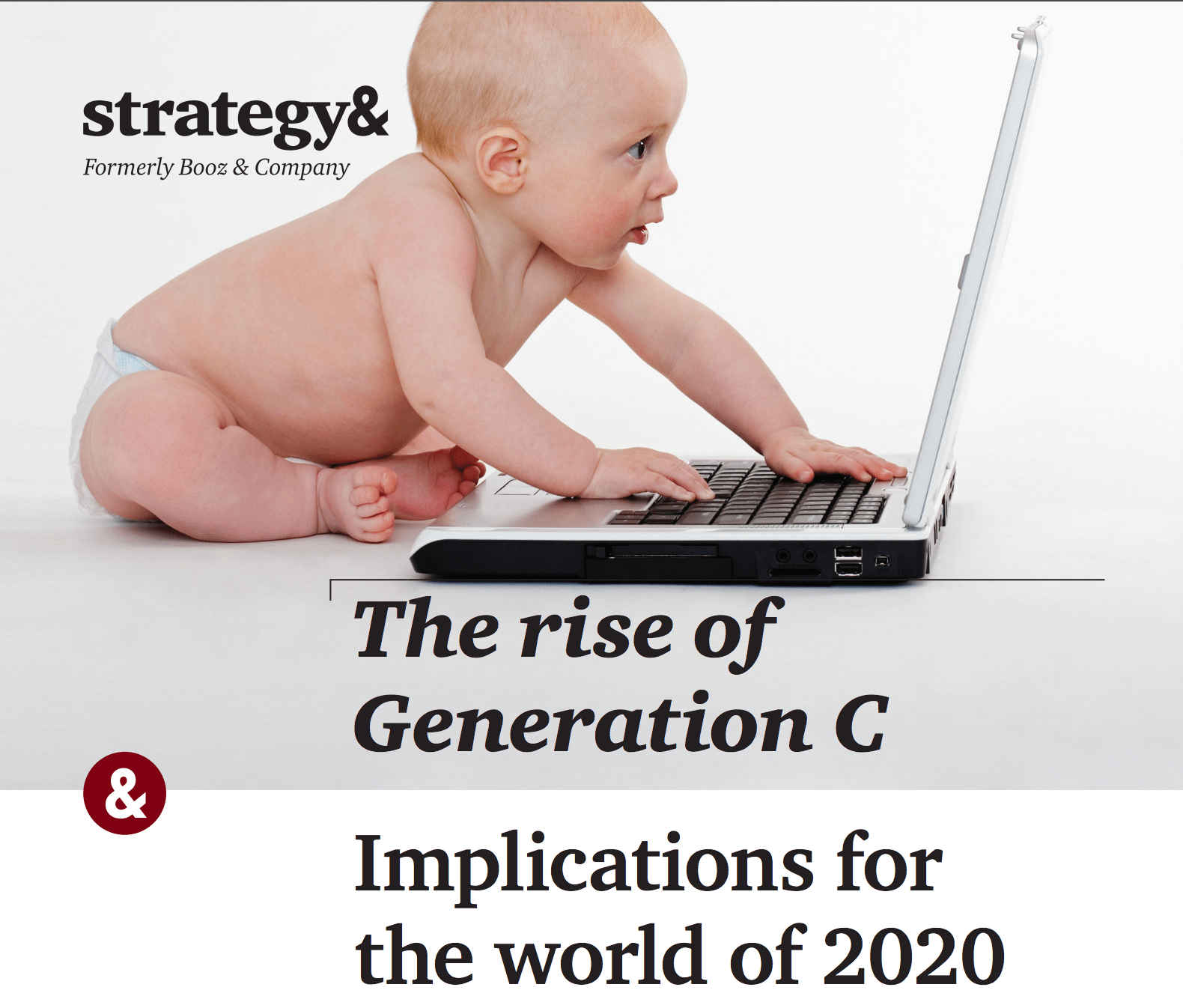 The digital natives, in their twenties and thirties, are increasingly living online and will alter the world as we know it, predicts management consultancy Booz & Company. A survey conducted in January 2011 of 330 tablet owners worldwide found that 80% are below the age of 41 and half of those below 31. With over 7m sales in Western Europe during the past eight months and shipments predicted to reach 30m by 2014, the suggestion is that the tablet has the potential to be transformational.

The Booz & Company survey found that a significant majority of respondents view the tablet as a complement to their home and work laptop/PC but, surprisingly, close to 30% do see it as a substitute. Furthermore, despite its portability, two-thirds of time spent using the tablet is in the home. Another 5% of usage is at work, with most of the remainder being whilst travelling or commuting. Almost 90% use the tablet for two hours or less per day, with less than 5% using it for more than four hours per day.

Consistent with smartphone behaviour, the largest number of app downloads are games, however, the most used apps are news apps, at 73%. The average respondent has approximately 30 apps overall, with roughly seven of these being paid for. Over 30% pay for a magazine or news app which is consistent with the decreasing numbers of people reading hard copy newspapers and magazines (Mobile Exposure, 2010).

“We are witnessing a glimpse into the future”, says Booz & Company Partner Michael Knott. “The pace of tablet price decline will directly influence the pace of the ‘always on’ adoption.” In 2010, Booz & Company predicted the “rise of Generation C” who live online for most of their waking hours, comfortably participating in social networks, and generating and consuming vast amounts of formerly private information.

In terms of satisfaction, the surveyed tablet users rated their device at 8.2 (on a scale where 10 is the most satisfied). In addition to their personal apps, the majority admit that other members of their family also use their device – citing a wide range from children’s games and learning apps, social and lifestyle apps to movies, music, reading, photo storage and e/m-shopping. The variety of tablet models, however, is much less, with 95% of users owning an iPad and the majority of the remainder owning a Samsung Galaxy.

Booz & Company will be present at the Mobile World Congress in Barcelona, Spain, from 14-17 February 2011.