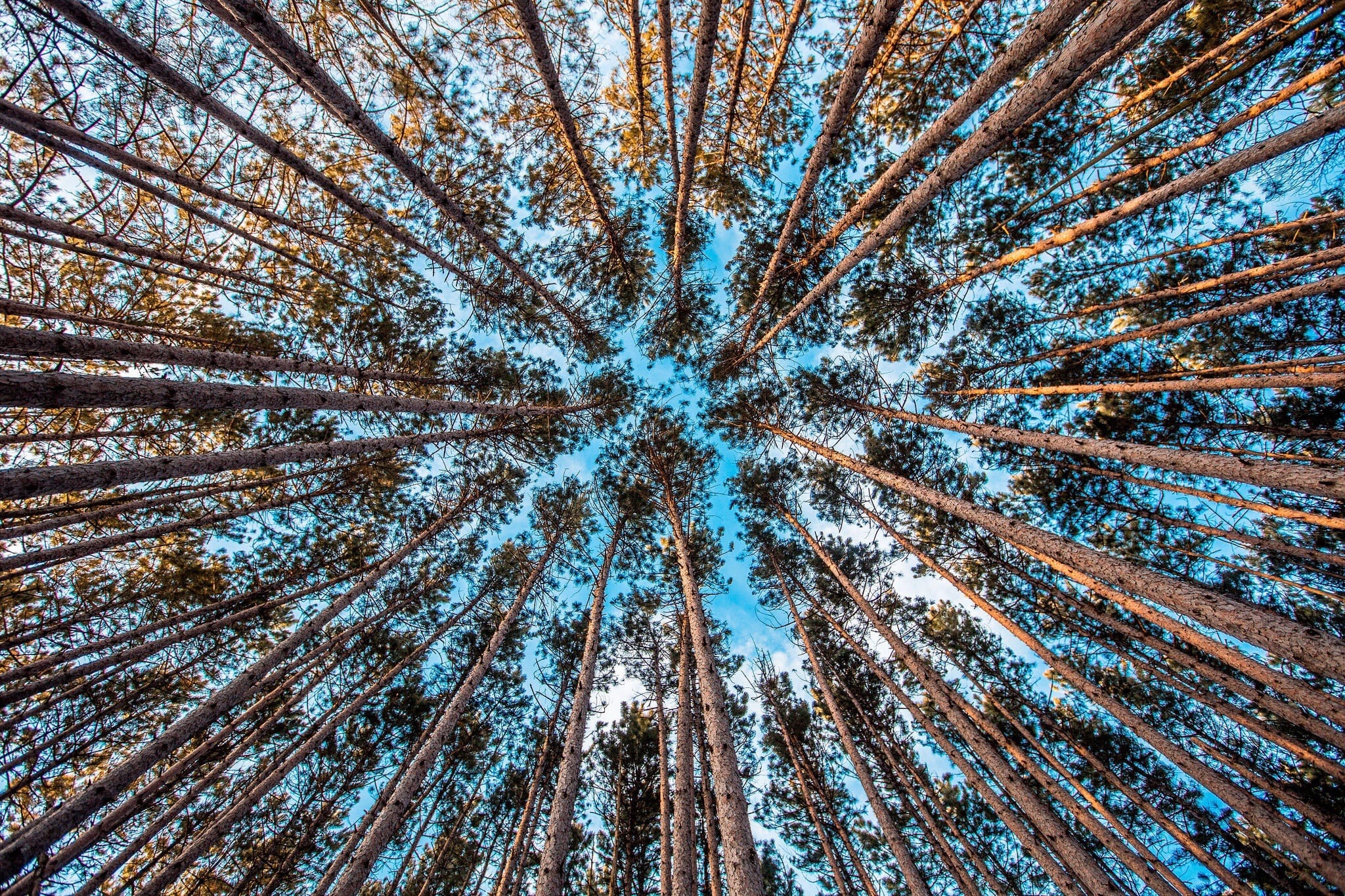 As we prepared to rebrand The CarbonNeutral Company to Natural Capital Partners in 2015, we reached out to the two big-thinkers largely responsible for propelling natural capital concepts into common use – Paul Hawken in the US and Dieter Helm in the UK. Our respect for their pioneering work made them the most worthy advisors to clarify why we considered our new identity a suitable fit for the next stage of our journey.

We explained how our journey began in 1997, then as Future Forests, providing funding alongside government grants to help establish 90+ native woodlands across the UK. Trees proved a powerful icon for action on climate change, and soon carbon neutral businesses, products and events followed. That enabled the private sector’s early involvement in the protection and enhancement of natural capital assets by compensating for their greenhouse gas emissions.

Embracing that trend, we renamed the fledgling business The CarbonNeutral Company in 2005 and turned our attention to serving businesses taking action way ahead of and beyond regulation to reach net zero emissions. That year the Kyoto Protocol came into force, and with it the beginnings of an international carbon market supported by standards including the American Carbon Registry, the Kyoto Protocol’s Clean Development Mechanism, the Gold Standard and the Voluntary Carbon Standard. When the EU Emission Trading Scheme’s price of allowances topped €30/tCO2e, it looked like carbon finance would play a powerful role in funding the low-carbon transformation of the global economy and in the protection of natural capital assets acting as carbon sinks.

That optimism was short-lived, scuppered by an economic down-turn in Europe and the 2008 financial sector melt-down that together popped the carbon price bubble. This severely dampened political will across nations to strike a new climate deal in Copenhagen in 2009, to replace the Kyoto Protocol when it ran out in 2012. The price of carbon sunk along with the hopes for a deal, as did hopes for a resilient funding mechanism to protect the global commons.

However, carbon standards serving voluntary action saw an opportunity to expand their emission reduction monitoring, verification and reporting methodologies to non-climate attributes of projects. Price premiums were realised by projects that used ancillary approaches to qualify and report co-benefits such as health improvements from clean cookstoves and water filters, biodiversity benefits from improved land-use management, and livelihood improvements from access to clean energy. A 2014 study by Imperial College commissioned by The International Carbon Reduction and Offset Alliance (ICROA) determined in a sample of emission reduction projects that 1 tonne of CO2 abated delivered wider benefits totalling US$664 – spread across a range of environmental, social and economic co-benefits. We found ourselves firmly back in the business of supporting the protection and restoration of natural capital assets using private sector funding.

Dieter Helm’s reaction to our stated objective was characteristically acerbic. Could we really apply the experience we had gained helping businesses realise their climate objectives into the fiendishly complex world of natural capital? We were either naïve or blindly courageous to believe that we could direct funding to projects that would make a positive impact on natural capital absent the guidance of national and international frameworks to define societal priorities. However, Dieter conceded that the private sector was stumping up urgently-needed funding to protect critically threatened ecosystems, specifically rainforests, while policy-makers struggled to establish effective mechanisms to do the same. Foolish – maybe, but not without merit, especially given the urgency to stop deforestation and the “once gone, gone forever” reality.

Anticipating his forthcoming publication, Drawdown: The Most Comprehensive Plan Ever Proposed to Reverse Global Warming, Paul Hawken was characteristically upbeat. A significant number of Drawdown’s one hundred approaches to reducing atmospheric concentrations of greenhouse gases were initially developed to serve carbon markets that evolved under the Kyoto Protocol. Paul Hawken’s belief in the inherent potential for business to be good for the natural environment; in well-designed and properly-regulated markets to deliver cost-effective ways to protect and restore natural capital; and, in the necessity to fund the repair of the global climatic system, made him a natural ally to companies committing to net zero emissions.

Soon after our rebrand, I attended the second World Forum on Natural Capital in Edinburgh and was struck by the contrasting ways in which natural capital concepts were being applied in the US and Europe. From the US, Dow explained how they had used natural capital concepts to more directly value the provisioning functions of natural ecosystems, and in doing so had identified $2 billion of savings to their operating budgets by 2020. From Europe, Puma’s ground-breaking work on its Environmental P&L shone a light on its reliance on or debt to nature in clear financial terms. Between the “value from” and “debt to” approaches, there were few examples of businesses investing at scale in the protection and repair of natural ecosystems – not through a lack of interest, but because of a lack of enabling frameworks and data.

Two years on and a lot has happened to strengthen the synergies between climate finance, carbon pricing and natural capital. The Nationally Determined Contributions (NDCs), which are at the heart of the 2015 Paris Agreement, provide the imperfect beginnings of the sort of national frameworks that Dieter Helm believes are a prerequisite for a coordinated and effective private sector response.  Backing the Agreement is a call for net zero greenhouse gas emissions by mid-century or sooner, which is grist to the Drawdown mill. Article 6 of the Paris Agreement makes provision for “voluntary cooperation” among nations to allow for higher ambition on mitigation, adaptation and sustainable development through the use of market and non-market based mechanisms.

Throw the Sustainable Development Goals into the mix along with The Gold Standard’s evolution of its carbon standard into the newly-launched Gold Standard for the Global Goals and the Verified Carbon Standard’s (VCS) similarly-framed SD VISta initiative; add insetting, a recent refinement of carbon offsetting focused on climate finance in global supply chains, and we start to see a helpful convergence of climate and natural capital experience. Add also the initiatives, supported by a growing number of businesses, such as America’s Pledge, the Carbon Pricing Leadership Coalition, Ellen McArthur Foundation’s Circular Economy and We Mean Business, and we begin to see an opportunity opening up in the space between the “value from” and “debt to” camps for those businesses willing to invest directly in protecting and enhancing ecosystems.

It’s a rather messy mix. But, to quote Dieter Helm from a recent Financial Times interview for their At Home supplement – completely out of context, but it makes the point –  “It’s absolutely crucial for nature that you don’t have tidiness….. Where there is mess there’s life.”

Jonathan leads Natural Capital Partners’ contribution to international policy developments on climate change, and standards for carbon trading and carbon offsetting. He is on the board of the International Emissions Trading Association (IETA), and the executive team of the International Carbon Reduction and Offset Alliance (ICROA). Jonathan, who joined the company in 2001, has 25 years’ experience in identifying and mitigating environmental impacts from industry. He is regularly invited to represent the view of business at UN COP meetings, and industry events throughout the world.